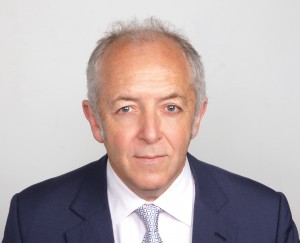 BBC’s Middle East editor, Jeremy Bowen, won the award for his interview with Syria’s President Bashar al-Assad that revealed the mindsets and beliefs which underpin the Syrian leader’s assault on his own people.

The judges said: “Jeremy’s interview was expertly tempered, designed to discover through challenge and patient questioning. His painstaking preparation was evident at every turn, his questions delivered with authority and directness.”

​”It’s difficult to watch the interview today without despairing at the state of the Syrian people – but our understanding of that conflict is much enhanced by Jeremy’s encounter.​” 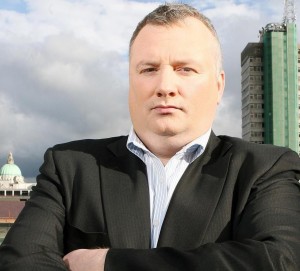 BBC 1 presenter of The Nolan Show, Stephen Nolan, won the award for his interview with Pastor James McConnell. The interview dealt with the Belfast preacher’s controversial denunciation of Muslims and their faith.

The judges said: “It was a challenging interview on a subject that was highly charged. Nolan was well informed and well prepared and tested the pastor’s arguments robustly and persistently.”

“The overall effect was an engaging interview in which not just the pastor’s statements but his underlying attitudes were explored.” 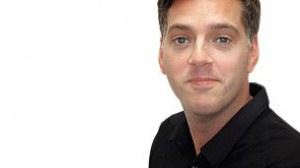 The judges said “Iain’s interview with the acting chief executive of Bedford Hospital’s paediatric unit showed great promise. It was, for the most part, firmly anchored in fact and Iain showed admirable unwillingness to be fobbed off by vague and evasive answers. For almost all of what was a long and important interview, Iain remained polite but resolute.”

BBC Look East presenter Stewart White won the award for his interview with Lord Hanningfield following the peer’s release from prison after his conviction for expenses fraud.

Kevin Marsh, former editor of the Today programme, and one of the judges said that “Stewart expressed public feeling well, but remaining duly polite and respectful at all times. His questions were tough because they were precise and to the point and carefully calculated to demonstrate his interviewee’s evasions.” Radio 4 Controller Gwyneth Williams, added “Nick was the consummate interviewer and a dear and much respected colleague. I am honoured to make this award in his memory.”

Steve Hewlett, writer, broadcaster and media consultant, won for his interview with the former chair of the Press Complaints Commission, Lady Peta Buscombe on BBC Radio 4’s The Media Show.

The judges said: “The interview was broadcast when the PCC chair was under considerable pressure. Her posture was, understandably, defensive. Steve’s polite insistence, bringing into play his own background knowledge and research, enabled him to take the listener with him beneath that posture.” “The live interview against the clock demonstrated all the features essential to any conducted in the Nick Clarke tradition. It was challenging, well argued, well structured, well informed, impartial and courteous.”

The judges praised her for exhibiting a “polite tone, sharpness and competence”. PD James said when receiving the award that “the broadcast interview is one of the most effective ways in which the major issues of today’s world can be discussed, and I am greatly honoured to be the recipient of this important prize established in memory of a distinguished broadcaster”.

BBC Radio 5 Live presenter Victoria Derbyshire won for her interview with Peter Bacon about his experience of being accused of raping a woman who claimed she was too drunk to agree to consensual sex, and of later being cleared of the charges. It was broadcast on BBC Radio 5 Live in April 2009.

Kevin Marsh said: “At no time did she seek to steer the listeners’ emotions or opinions about this difficult case while at the same time making crisp and well measured interventions to challenge the interviewee’s assertions.” “The interview left one at the end remembering it for the answers Victoria had drawn from her interviewee rather than for an overbearing performance by the interviewer.”

Carrie Gracie, the BBC World Service presenter, won for her interview with Alan Johnston, the BBC correspondent kidnapped for almost four months in 2007.

Her interview was praised by the judges for “its intelligent structure and pace, its patient questioning and careful listening”. Kevin Marsh said: ”Carrie’s questioning was clear, polite and carefully pitched to enable Alan to speak reflectively about his upbringing, character and personality and how he gained new insights during his captivity and afterwards.”